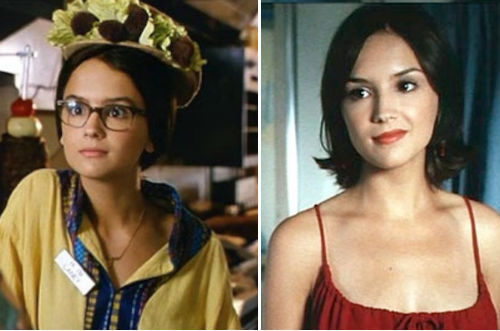 Virginia wine is going from geek to chic

To me, Virginia wine is a lot like Laney Boggs in the movie, She’s All That.  A geeky outcast ignored by her classmates until she loses the glasses, squeezes into a tight red dress, and dances in unison to The Rockafeller Skank at Prom.  While Virginia’s transformation hasn’t been that easy, this late bloomer is starting to get a lot more attention.

Virginia has been working on wine street cred for almost 400 years.  Back then, Jamestown settlers set out to become a major source of wine for the British empire, requiring by law that each male settler plant at least ten grape vines.  Pests and the growing popularity of the tobacco trade sidelined wine efforts until Thomas Jefferson, Virginia’s founding father of wine, started cultivating European grapes at Monticello.  What’s ironic is while he gets a lot of credit for Virginia’s early wine culture, he was never able to actually produce any wine on his property.

It wasn’t until the 1800’s when Native American grapes were used to make Virginia’s first wines.  The Norton grape brought Virginia worldwide recognition and the industry started to take off until Prohibition in the 1920’s had a sobering effect on wine making across the U.S.   Seventeen years after the end of Prohibition, only 15 acres of commercial wine grapes were growing in the Commonwealth.    Then, in the late-1950’s, the Virginia wine industry began showing signs of life when experimental plantings of vinifera started taking root.  By the 1970’s, Virginia’s wine comeback was underway, thanks in part to the area’s ability to grow Old World style grapes, including Chardonnay.

Today, with over 200 wineries, Virginia ranks 5th in the U.S. for number of wineries.  Wine Enthusiast Magazine named Virginia one of the Top 10 wine travel destinations and the Commonwealth is putting more resources towards cultivating Virginia’s burgeoning wine culture.  Spending related to wine tourism in Virginia has more than doubled to $131 Million in the past few years and it has been a focus of international trade and marketing missions to India, Israel, and other parts of Asia and Europe.  Last month, Middleburg became the first designated American Viticultural Area (AVA) in Northern Virginia; this is the seventh for Virginia which includes the Monticello and Northern Neck AVAs.  The federal Alcohol and Tobacco Tax and Trade Bureau issues the AVA designation to a grape-growing region known for distinctive geographic features affecting the character and style of wine grown there.  It’s designed to help winemakers more accurately describe where their wine is from and to make consumers more aware of the origin of the wine they’re buying.  In Middleburg’s case, the application process took nearly six years.  Meanwhile, worldwide sales of Virginia wine outside of the Commonwealth increased by 39% in 2012 over the previous year.

With all of this attention, perhaps Virginia wine will finally get its Hollywood ending.

Pumpkin Patching in Virginia Wine Country: Lately, it seems the air is a little crisper, the leaves more color... bit.ly/1bdNp0q